As one of the duties of a geology lab instructor, last spring I went on a trip to the St. Francois Mountains in southeast Missouri. These are a range of Precambrian igneous rocks which stand in slight contrast the surrounding sedimentary rocks. 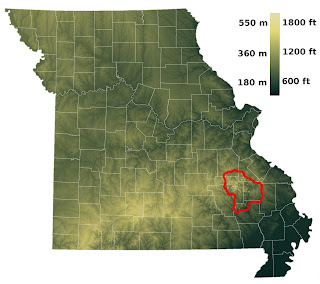 These igneous rocks formed around 1.5 billion years ago. In contrast, the surrounding sedimentary rocks are Cambrian in age, around 500 million years old. This results in a large buttress unconformity between the older igneous and younger sedimentary rocks. Both intrusive and extrusive igneous rocks are found throughout the "mountains", which is the remnant of largescale volcanic and intrusive activity. 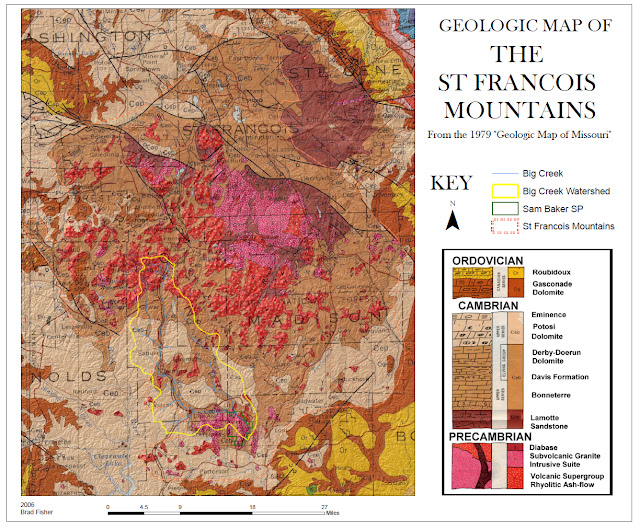 The first stop of the trip was to Johnson's Shut-Ins State Park. This is a popular visitor site in the area, but was closed between 2005 and 2009 due to the Tom Sauk reservoir breaking and flooding the park. The evidence of this flood is still seen near the visitor center in the form of a land scar, with missing trees and large boulders strewn about the field.


Part of the lawsuit winnings against the company that owned the reservoir have gone to current and future part improvements. One of the interesting details of the visitor center was the types of rocks used in the construction, which represent the local geology.

Many of the ground tiles around the park are inlaid with interesting rock types. Although these are not local rock types, they are still fun to look at. 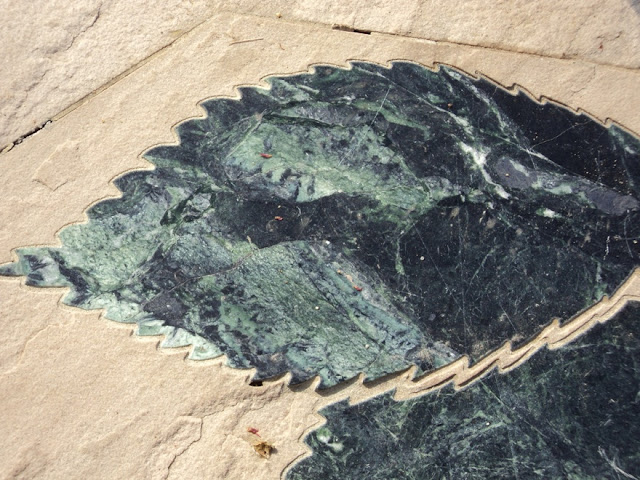 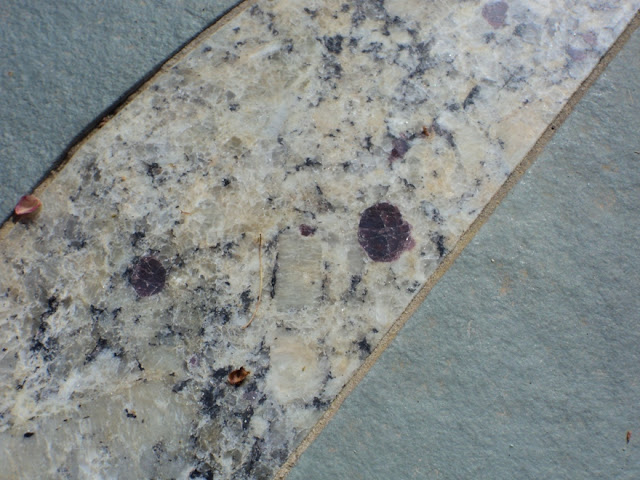 There was only one improvement which bothered me...


From the visitor center we walked up to the actual Shut-Ins. Along the way, we were reminded of the dangers posed by the reservoir.

﻿
The Shut-Ins are a result of the East Fork Black River eroding down through the originally overlying sedimentary layers (which are easily eroded) and eventually hitting the igneous rock below, which is more resistant to erosion. Due to this resistance, a "shut-ins" occurs, or a section of stream which is channeled through a narrow gorge.

The next stop was to visit Elephant Rocks State Park. This park consists of a dome of granite which is heavily fractured. This fracturing is a result of pressure being released from the granitic rocks, which originally cooled deep underground and under high pressures but which are now exposed at the surface. This type of mechanical unloading creates both vertical and horizontal fractures in the rock, perfect for quarrying. This goes to show how much overlying rock has been removed since then. Erosion around the fractures produces large, rounded boulders which supposedly resemble elephants.

The rocks formed here are compositionally similar to the rhyolite from Johnson's Shut-Ins, but formed deep underground, as opposed to explosive volcanic processes. This results in a coarser-grained igneous rock, as longer cooling times result in larger crystals.

The next stop was to see some ignimbrite, a fine-grained extrusive rock similar to rhyolite. These included very large, very thick exposures of volcanic rock which were the result of very large and very explosive eruptions. Since this was our first stop which wasn't a public park, it was also the first time students got to use a rock hammer (finally, the chance to hit rocks with hammers!).

The next stop was a combined geologic spectacle: a mafic dike through the felsic igneous rocks, and the gap in rock between the igneous rocks and the overlying sedimentary rocks.

A mafic dike can be seen sticking almost vertically up through the igneous rocks, up until the overlying sedimentary rocks. On the opposite side of the roadcut, the mafic dike is also seen, and the two can be traced to get an idea of the direction the intrusion spread across.

To wrap up what is going on geologically in this region, the next stop was up to Knob Lick Mountain, a lookout over the large caldera which has collapsed due to volcanic activity and pressure release.

The next stop, the Silver Mines Recreation Area, while also being a camping stop, was also chosen for its geology (of course). Next to this campsite is the St. Francis River and a former silver mine. A hike down to the river brings you across some of the local geology (more granite), but also contains more mafic dikes within the granite. This basalt demonstrates some interesting aspects of how a dike forms and cools, and was also part of a research project and GSA presentation by a fellow student.

The final stop of the trip was to check out the Missouri Mines State Historic Site. This is within the Old Lead Belt of Missouri, and constains a museum in an old mine mill complex from the lead mining days. There wasn't much geology to check out, but it was interesting to see and hear about the lead mining which used to occur at this site. 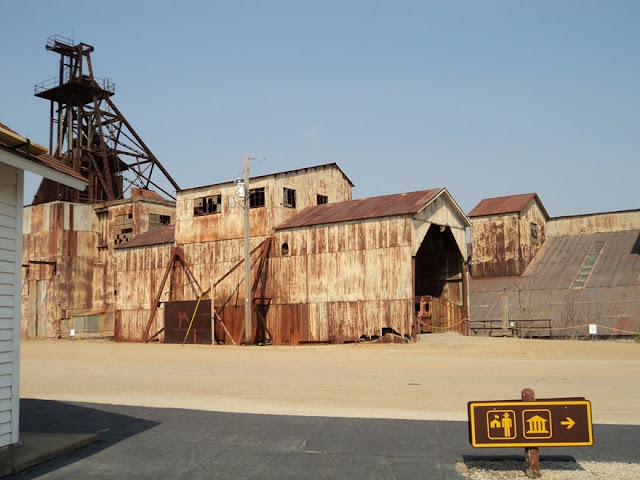 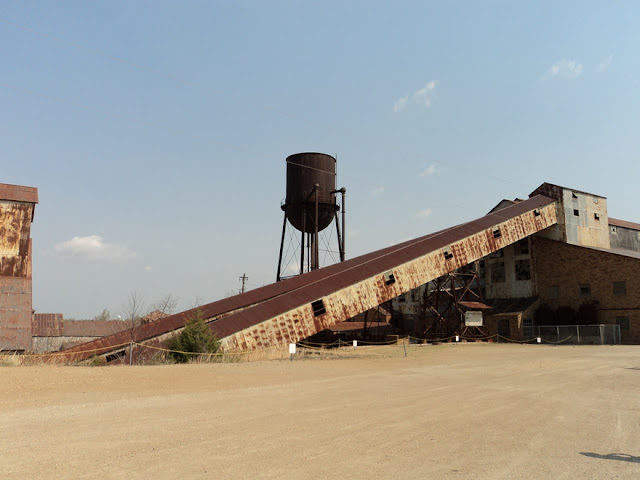 Stop 8: Back to Springfield, Missouri

Overall a good trip. It's nice to see some geology in Missouri which isn't limestone. A good combination of parks (with some information regarding the mining history of Missouri) and interesting field stops to hit some rocks with.