Canoe explain that? Geology research on the water

Lately I’ve been helping a fellow graduate student with his research of studying spatial variation of sediment buildup in an impounded stream. This involves getting in a canoe… 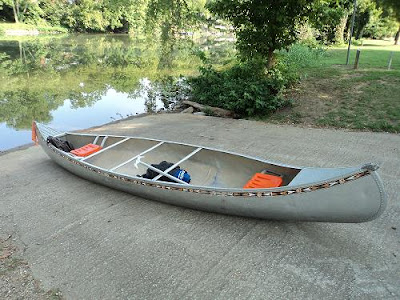 … and paddling up and down the stream, sticking a depth stick and a spike-tipped sediment probe into the water to map the topography of the river bottom and measure sediment thicknesses. My role in this whole business is to run the Trimble GPS, a handy little device that not only collects GPS data points but also allows you to store extra data along with each point (in this case, the water depth and sediment depth data).


This is really only my first full summer in Missouri since moving here from Minnesota, and there are a couple things I could say about the Ozarks in the summer compared to Minnesota.First, it is hot outside. 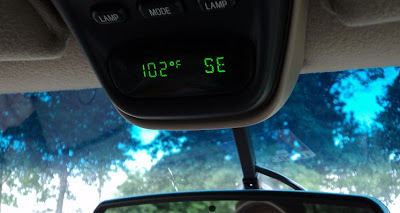 The last few weeks it’s been sunny and hot every single day. Half of the days in July were above 95 degrees, and I think about 7 of the days were above 100. I’m used to hot days in Minnesota but it’s usually one or two days where it gets hot and everybody notices it, but here it is continuous. Touche’, Missouri, your summers are brutal. I’ve concluded that there are only two weather settings here in the summer; constant death heat or massive tornado.

Second, more positively, there are no mosquitoes here. Growing up in the Land of 10,000 Lakes I just assumed they were an accepted nuisance for every summer day. This largely has to do with all of the bodies of water in this part of Missouri mostly being of the flowing nature. Also, thanks to the karst bedrock, water doesn’t pond on the surface for very long. While being here I have done plenty of work outside in the summer and I have yet to see a single mosquito or get a single mosquito bite. I won’t even get into the giant spiders I’ve seen, though. Or the snakes. Every time we had to paddle underneath up next to a low hanging tree I expected something to drop on me and take my blood.


An interesting note I think we’ve both seen during surveying is the correlation between thick sediment deposits and lily pads. There was a side tributary we paddled up that was full of the things and at times it took minutes to get the sediment probe out of the ground after making it through nearly 2 meters of sediment. I wonder, then, are the lilies only growing where the sediment is thick, or are the lilies trapping sediment and causing a buildup where they are present? Luckily, it isn’t my task to figure that “chicken or the egg” scenario out. I am interested to find out.


Despite it all I love fieldwork, and one of the reasons I stick to geology. It’s not so bad in Missouri as long as you drink plenty of water and have a sweet field hat. Oh, and some aviators.