I took 2-week field class to the Black Hills along with about 15 of my fellow geology majors. Some of us were graduating or recently graduated, confident in our learned skills, while others were at different stages in the program. It was by far one of my more enjoyable geology experiences, filled with a lot of stories I love to tell. Here is one I often told my geology labs when we get to the section about using maps, usually when a student will ask how accurate they need to be on an exam with map coordinates.

For a few days we were divided up into groups of 3 to map geology in sections in as much detail as we could. It was difficult at times to not take time and enjoy the amazing scenery, the tall hills thick with pine trees. 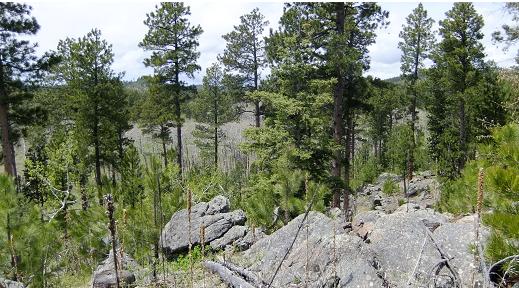 A competitive team mentality drove each team to want to map the most, as we were going to combine all of the teams mapped data into one larger geologic map of the area.

I considered my group the GPS-savvy group, and, along with each of us having a walky-talky, we thought it would only make sense to spread out a little to cover more ground while using the handheld GPS’s and radios to maintain contact and positional awareness. Besides, we were never really far off from each other, usually just beyond the adjacent hill, and only had to be accurate enough to get within shouting range. Without much practice we became very good at this divide and conquer method.

Our skills were tested one day when, as I was walking up a large hill, looking for some outcrop, I looked up and saw a cloud roll over and down the hill. 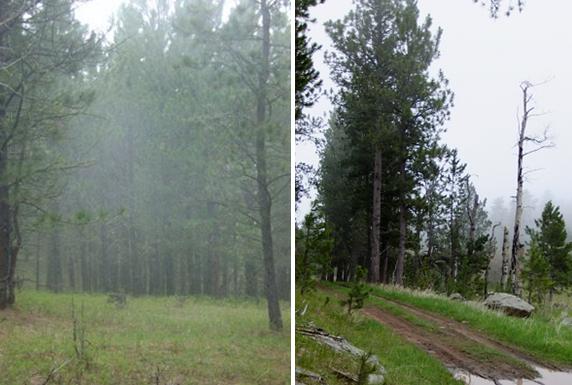 “Incoming fog”, I called on the radio.

“Really? It’s still sunny here,” one of my team members replied before the fog reached them. “Ah, there it is”

Everything got very quiet and muffled when that thick fog rolled in. I could only see about 50 feet, which was lucky, considering how dense the pine trees were. It seemed that my shouts couldn’t even travel that far. If someone wasn’t within 50 feet of me I’d never see them, let alone hear them. We only planned to go map this hill quickly and head back to camp, but first we had to find each other. 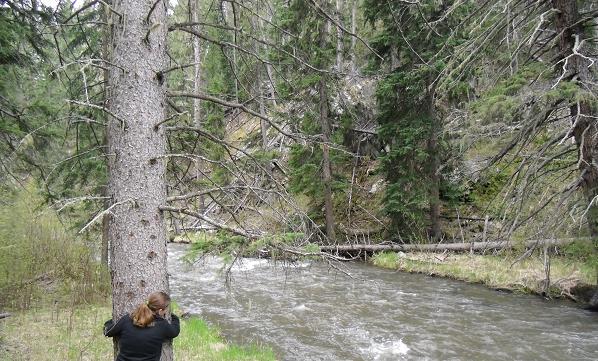 For the next half-hour we played 21st century Marco Polo. This involved us agreeing on a prominent topographic feature to meet up at, a nice round hill, measuring its UTM coordinates off of our topographic map, then comparing those UTM’s to each of our current positions to calculate which direction and distance we should travel to reach the hill (using our Brunton compasses) and backing up with our handheld GPS’s. Once we were at the top of the hill, then, we need to meet in the same spot within a range of about 50 feet. I first saw one of my team members, due to the bright green shirt they were wearing at the time, and they couldn’t even hear me when I shouted at them. After more walky-talking and GPS-checking we eventually met up with the third member. Each of our maps was filled with check and re-check UTM coordinates, lines, and scribbles near that little hill.

So when a student asks, "How accurate do I need to be?", I tell them this story. I tell them to be as accurate as they can, because you never know when the fog will roll in and you'll have to play Marco Polo with GPS coordinates to get your team back together safely. 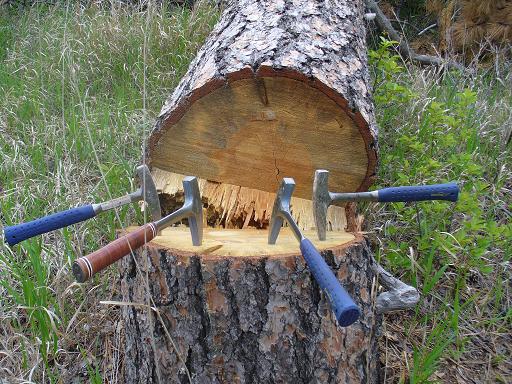