To do or dye

As part of my masters degree I recently performed a dye trace to better understand how the groundwater flows in my study area. This is especially important in areas like mine known as karst topography, where the groundwater flows through caves and fractures in the bedrock along specific paths and in specific directions, almost like underground river systems. This I opposed to other types of ground water flow which usually involves water flowing slowly in all directions, which is usually easier to predict and monitor. 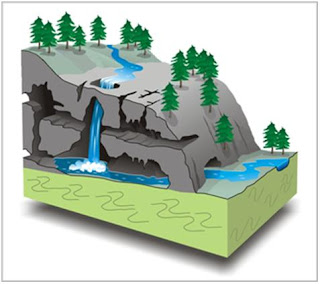 Sinkholes in these areas are often controlled by the way groundwater flows, so understanding groundwater flow can provide some insight into sinkhole formation and hazard, such as this sinkhole which formed (in a matter of hours) only a few miles south of my study site and destroyed a house. 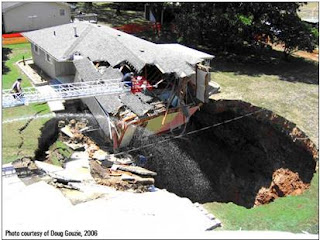 Dye traces in theory are very simple. A type of fluorescent dye, either as a powder or a liquid, is dumped into a sinkhole or sinking stream, which act as inputs into the groundwater system. Springs nearby act as groundwater outputs and are monitored afterward to see if the dye begins to show up in the spring water. If the dye is found coming out of the springs, or when it doesn’t (which is also important), then connections can be made between the sinkhole and spring, giving insight into what the ground water is doing.


A dye trace can also be taken further. Measuring how much dye is recovered from can see if dye is being pirated away to other springs. Finding out exactly when the dye starts coming out of the springs relative to when it is dumped into the sinkhole will show how long it took the dye to travel underground. With the distance known between the sinkhole and spring the groundwater velocity can be calculated. Measuring dye concentration spikes in the spring can show if the dye is traveling as one “slug”. Multiple spikes would show dye splitting along different paths and rejoining before exiting through the spring.

My field site includes a number of sinkholes (numbers #1-3), springs (#5,6), and even a sinkhole in a stream (#4), which allow for a few dye tracing opportunities. Previous studies show that, generally, the groundwater flows southward. One of the sinkholes (#3) has just opened up in the last few months in the middle of a retention basin near a major highway. 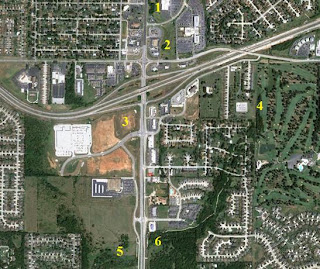 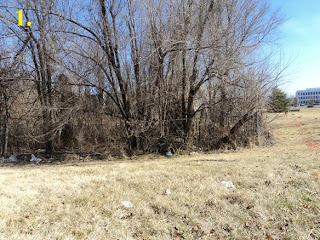 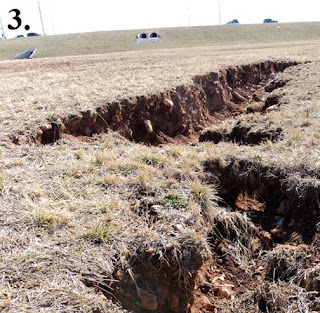 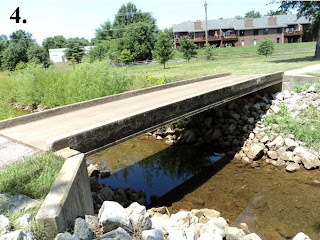 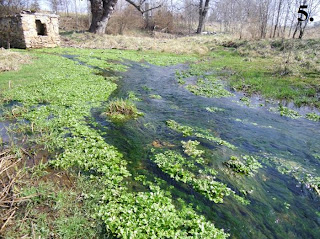 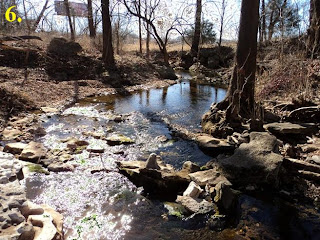 Rhodamine WT dye was injected into the stream sink (#4) using a small pump. The idea behind this is it causes the dye to come out of the other springs at a constant, level rate. This getup was a special pump and reservoir system which we installed under a cart path. 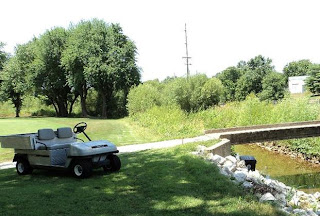 Lissamine FF dye was dumped into the newly formed sinkhole and flushed in using a garden hose which was installed into a nearby fire hydrant. This was one of my more unique research experiences, rolling out 300+ feet of hose from a fire hydrant across a street and down into the sinkhole. Opening the fire hydrant was actually kind of frightening as it made a lot of low rumbling noises before finally opening up. 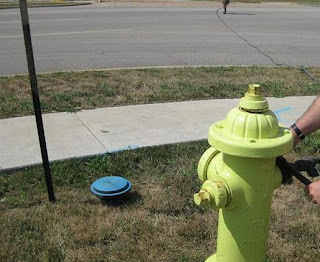 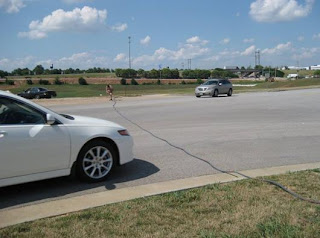 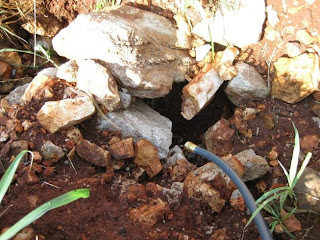 We flushed in the dye using about 250 gallons of water. This took about a half an hour, based on the rate of the hose. The whole process took about two hours to set up and complete. Unfortunately for myself and my field assistant we had no shade to rest in. As a side note, this was during some of the hottest days so far this summer in Missouri. 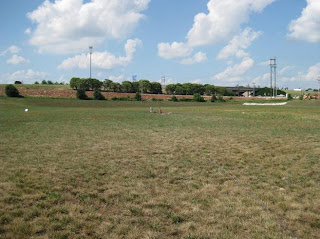 The dye from the newly formed sinkhole was detected at both of the springs to the south, which was expected but important to find out. One of the more important observations, though, relates to the dye injected at the stream sink. Although that dye shows up at both of the springs, it shows up at unequal concentrations. More specifically, it shows up as a higher concentration at spring #6 than spring #5. What this shows is that some of the dye is diverting to another path before it reaches spring #6 and mixing with another source of ground water which is diluting it before it reaches spring #5. Spring #6 is also farther away than spring #5 which explains why it shows up later. 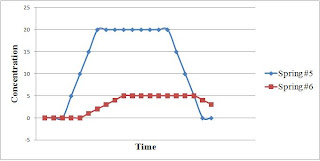